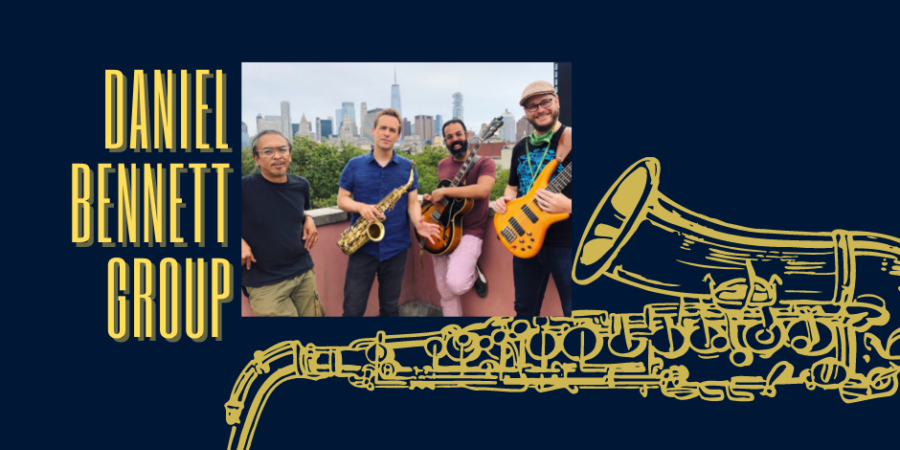 New York saxophonist Daniel Bennett has been hailed as one of the most original and unpredictable musical voices of his generation.

The band was the first jazz group to record in Manhattan after the studios re-opened in 2020. The Daniel Bennett Group performs regularly at the Blue Note (NYC), Ronnie Scott's Jazz Club (London) and Herb Alpert's Vibrato Club (LA). Bennett is a touring clinician and associate director of the New York Jazz Academy in Times Square. Daniel Bennett recently played woodwinds in 'Blank! The Musical,' the first fully improvised musical to launch on a national stage. The New York Times called the show, "Witty, Likable and Ludicrous!" Daniel Bennett's theatrical works have strongly influenced his eclectic sound and musical storytelling abilities as a bandleader. The music will captivate listeners of all ages!