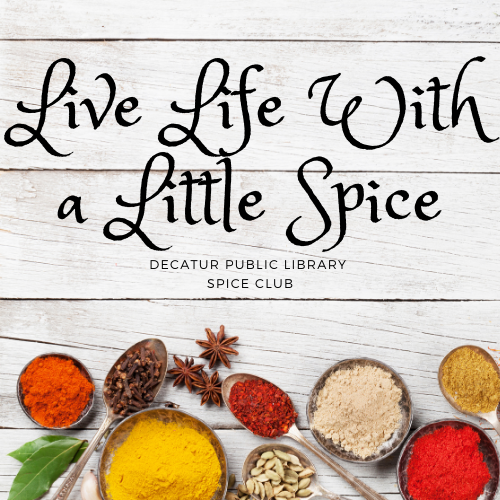 Do you love to cook? Do you like to try new flavors and recipes? OR Maybe you are in a cooking rut and don't know how to start expanding your cooking repertoire. Then we have got just the club for you!

Each month a new spice and recipes will be featured. We will provide a Spice Pack which will include:

Recipes: Lecso and Chicken Paprikash (The Lecso will be needed for the Paprikash recipe.)

We would love to have you join us in this new endeavor!

Thank you to the Friends of the Decatur Public Library for making this club possible!