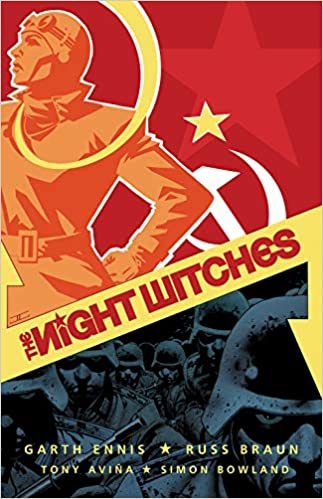 Book: The Night Witches by Garth Ennis and Russ Braun

As the German Army smashes deep into the Soviet Union and the defenders of the Motherland retreat in disarray, a new squadron arrives at a Russian forward airbase. Like all night bomber units, they will risk fiery death flying obsolete biplanes against the invader--but unlike the rest, these pilots and navigators are women. In the lethal skies above the Eastern Front, they will become a legend--known to friend and foe alike as the Night Witches.