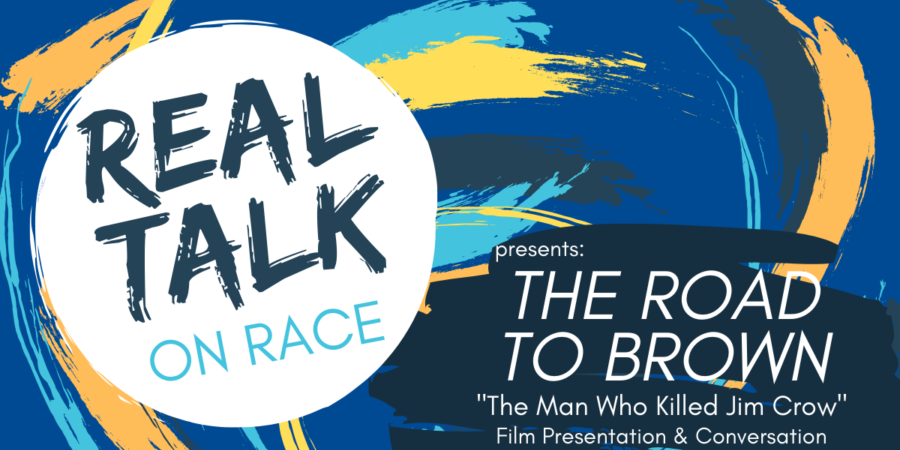 RTOR presents: The Road to Brown

"The Man Who Killed Jim Crow"

Real Talk on Race evolved from a previous initiative called “RACIAL TABOO” which involved the showing of a film by the same name, followed immediately by small group conversation and continuing with additional regular small group conversations. The basic premise for “Racial Taboo” is that because talking about race is so difficult and painful, it is a topic that is avoided, but that needs to be embraced.

RTOR returns to the idea of gathering together to experience and discuss a film centered on the topic and history of race in our country. The hope being that through joint experience and review we can open the doors to communication, understanding and healing. Doors will open at 2:00 with light refreshments available. After the film, participants can join smaller groups for more intimate conversations, then everyone will reconvene in the Madden to share highlights from those discussions.

This month's film is The Road to Brown.

Road to Brown is an excellent documentary with historic photographs, film footage, including interviews with those who knew Charles Hamilton Houston (1895-1950) who, after facing injustice even fighting for his Country in WWII became an attorney and spent his life fighting for an end to Jim Crow racists laws enacted long after the 13th, 14th, and 15th Amendments had been passed. Freedom, Citizenship, and the Right to Vote, respectively. Houston brought about change for Blacks and due to his tireless efforts finally saw Jim Crow buried. He helped bring about desegregation in all aspects of life for Blacks in the South. An informative and interesting historic film documentary every American should see.

Real Talk on Race is about having meaningful conversations about race, which can be further defined as conversations in which we develop the skills to listen honestly and respectfully and to speak honestly and respectfully. And by this process continue to learn to see each other as human beings, which is a necessary part of finding permanent solutions to the pain, injustice and trauma related to race.