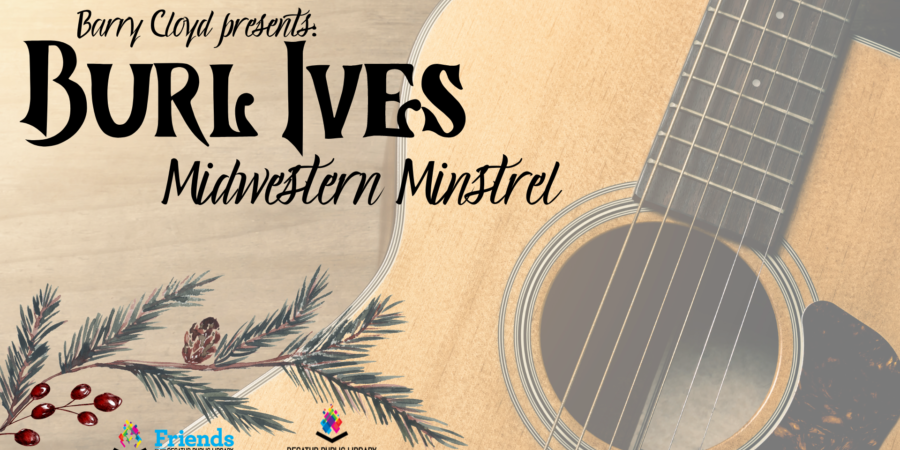 Burl Ives was and is an iconic figure in the annals of American Folk Music and he got his start in the farms & fields of Southern Illinois near the small towns of Hunt City and Newton.

Ives went on to become one of the world's most well-known folk singers and actors, but never lost his home-town “folksie” touch. He recorded nearly 100 albums in his career and was called America's Great Ballad Singer by none other than Carl Sandburg. In the 1930's he was an “official hobo”, traveling the country in boxcars, but went on to become an internationally recognized star. A fixture of the nascent “folk scene” of the 40's, 50's & 60's in New York City, Ives continued on to become an Oscar winning actor in 1958's Big Country and many other films.

In this original program, Ives incredible life will play out as our audiences learn the “back story” of this fascinating personage and hear many of Burl Ives' most well-known, well loved folk songs. Ives was and is a true Illinois “home grown icon”.

DPL gladly welcomes the return of Barry Cloyd. Barry is a musician, songwriter, and historian who uses his talents and passion to educate while entertaining his audience.

We'd like to thank the Friends of the Decatur Public Library for making this event and so many others possible.